7 Veteran-Owned Companies that are Eco-Friendly and Socially Conscious

by Holly | All Natural Living in the Home, Patriotic

Our Veterans and their families have selflessly served our great country. Many become business owners after they leave the military. Are you looking for Veteran-owned businesses to support? These are seven of the top Veteran-owned businesses, all of which are eco-friendly and/or have a socially conscious mission. Be sure to check them out…

Hubby is a retired Green Beret, and we always try and support Veteran companies whenever we can. “Vetrepreneurship” is making its mark. The National Veteran-Owned Business Association (NaVOBA) estimates there are 3 million veteran-owned businesses. Commitment, loyalty, and service to others are automatic values for Veteran business owners. But what about being all-natural? Green, sustainable and eco-friendly? Or socially and environmentally conscious? We have seven winners that are red, white, blue, AND green!

Sword & Plough repurposes military surplus material into durable and fashionable bags. Sword and Plough incorporates tents, sleeping bag covers, uniform materials, and durable canvas and nylon fabrics into their product designs. They reduce waste and minimize their carbon footprint by incorporating thousands of pounds of repurposed military surplus materials in their product line, manufacturing exclusively in the United States, and using recycled materials in their packaging.

According to Co-owner and CEO Emily Nunez Cavness, “I was inspired to start Sword & Plough because I wanted to find a way to empower veteran employment, reduce waste, and strengthen civil-military understanding. I grew up in a military family and was inspired to serve in the Army after seeing my dad’s impactful military career. When I was a college student, I was the only ROTC cadet on campus for many years, which made me aware of the civil-military divide and the need for increased understanding. When I went to Airborne School, I met some soldiers who were nervous about their future civilian job prospects, and it seemed like such an injustice to me that they had to worry about that when they bring such incredible leadership and management skills to the table. In addition to those experiences, my sister and co-founder, Betsy Núñez, and I have had an interest in fashion and sustainability since a young age. The opportunity to combine all of these interests into a purposeful social enterprise has been such a fulfilling experience! We’re so proud of the impact Sword & Plough has created so far and very grateful for our community of supporters!”

Anchors Aweigh Hair Co. was established in 2013 by Benjamin David, a U.S. Army Veteran turned hairstylist. Growing up in a very poor household, his parents often put missions and outreach before their own economic gains. They didn’t have the money to keep up with all of the fashion trends of the day, but Ben’s brother taught him how special “rock’n” a cool hairstyle could be. And it felt good.

Rad Hair. Revolutionary Purpose. Petroleum Free. Alcohol-Free. Paraben-Free. Propylene Glycol-Free. Some vegan products. The products are unlike any other product out there. The pliability, the sheen, the ease of washing and the original scents all make the products one of a kind.

And then there is the “purpose.” By donating hand sanitizer and other hygiene products to soldiers, families and refugees around the world, Anchors Aweigh Hair Co. vows to make this world a better place by helping people look and feel their best through rad hair and charity.

Bottle Breacher is one of the fastest growing Veteran Owned and Operated businesses in Arizona. Bottle Breachers are made in the USA, hand-crafted .50 caliber bottle openers made by Active Duty service members and Veterans.

Former Navy SEAL, Eli Crane, and his wife Jen brought to Shark Tank their sole product of the recycled, authentic decommissioned .50 caliber Bottle Breacher, manufactured in a one car garage. Having enticed Sharks’ Mark Cuban and Kevin O’Leary to invest, today they feature an ever-expanding product line serving customers both domestically and internationally.

Bottle Breacher aims to provide the best handcrafted, personalized man-gifts, groomsman gifts and corporate/promotional products on the market. Crane and his team believe that it is their duty to serve those who serve us. Last year, they donated to over 200 non-profits, providing the opportunity to support Military Veterans, Active Military Personnel, First Responders, Children’s Foundations and various other non-profits. “Open your next cold one in style!”

Black Rifle Coffee Company is the world’s premium conservative coffee company.  Their coffee is carefully sourced from a variety of farms in South America, and is roasted to fuel freedom-loving Americans everywhere.

Evan Hafer started Black Rifle Coffee Company to provide a high-quality, roast-to-order coffee to the pro-2A and veteran communities.  Between deployments to Iraq and Afghanistan, he worked to refine both his coffee roasting skills and firearms skills.  Hafer shares a common bond with my husband as a fellow Green Beret. And BRCC coffee drinker.

According to Hafer, “Black Rifle Coffee is quite literally the combination of my two favorite passions.  I take pride in the coffee we roast, the veterans we employ and the causes we support.”

As Army Rangers with several Afghanistan tours behind them, Matthew Griffin and Donald Lee saw a country filled with hard-working, creative people who wanted jobs, not handouts.

Combat Flip Flops were just the start. They took a product that people in nearly every country on the planet wears, and made it a weapon for change. Right now, all of the flip-flops are made in Bogota, Colombia, providing jobs and investing in people who desperately need it. Their USA-made Claymore Bag’s flip the script, on traditional weapons of war. Instead of carrying bombs, these bags act as a carry-all for business tools like iPad’s, laptops and more. The Cover and Concealment sarongs are handmade in Afghanistan by local women. Each one takes three days to make. The Peacemaker Bangle and Coinwrap are sent from artisans in Laos – and they’re made from landmines dropped during the Vietnam war.

Griff’s motto, “Anything worth doing is worth overdoing.

Goodworld is a movement to realize a better world tomorrow by taking action today. The DC-based technology company is the only social fundraising platform with hashtag-to-donate technology on both Facebook and Twitter. Launched in October 2014, Goodworld was named one of Fast Company’s Most Innovative Companies of 2016 and D.C.’s Best Technology Startup. With #donate, there’s no long donation form or complicated sign-up process. It’s simple and secure.

John Gossart, Co-Founder and COO of Goodworld, served over 22 years in the U.S. Army and Government, work that took him to various locations across Africa, Pakistan, Yemen, Afghanistan, Iraq and Europe. Most recently, he served as a deputy director of special operations and counterterrorism policy in the Office of the Secretary of Defense. Prior to GoodWorld, John was part of the founding team at RideScout, the tech startup acquired by Daimler-Mercedes in 2014.

According to Gossart, “I never planned to be an entrepreneur after my career in the military—in fact, I was in Yemen when I was first contacted by some guys with whom I’d taught at West Point about an idea they had for a startup. At first I didn’t even reply, but the more I thought about it, the more I realized that at some point I needed to figure out what I was going to do in the second half of my life.  And it hit me that I had four sons at home of high school and college age, that hadn’t really spent quality years with their father in over a decade.  So, after 22 years, I got out, we started RideScout and never looked back.”

Plated.com is a meal delivery service with precisely measured ingredients for the recipes you’ve chosen. That means less prep time, less food waste, and more control over your schedule. You can even adjust your delivery days week to week! Meals include 100% antibiotic-free meats, beef with no added hormones, and seasonal, hand-packed produce from trusted purveyors. They also include organic produce, locally sourced ingredients, and sustainably sourced fish whenever possible.

Plated.com was founded by Nick Taranto, US Marine Corps. His beginnings were humble. “I was recently married, and I thought I’d surprise my wife and make a steak. She came home and the apartment was basically on fire. It was a disaster. I started looking at the food industry and saw that it was this fascinating, trillion-dollar market filled with waste, inefficiency, and disappointing customer experiences. It became a question of, how can we use data and technology to just do this better? To feed people better, more affordably, more efficiently? Four years later, we have built a machine behind us to make our ideas happen and to scale them bigger and faster.”

These business owners have all served our country and are now serving others (and the environment) in a different capacity. Be sure to include Veteran-owned businesses on your shopping list during the holiday season, and throughout the year.

We’re a military family so I’ve got a bunch of patriotic gems here at Pink Fortitude. Recipes, DIYs, military support and more…

Be sure to pin to your 4th of July or patriotic Pinterest board… cuz I know you got one!

Be sure to download your free Healthy Living Bundle to launch you into the life of good health and fortitude!

Love, hugs, and being red, white, blue, and green.

FTC requirement:
This article and website contain affiliate links and ads which means I may receive a commission if you click a link and make a purchase. Any information on this website is not meant to treat or diagnose any medical condition. Please consult your doctor for medical advice. We believe in conscious capitalism and the American Dream.  Full Disclosure Policy, Legal Clause, and Terms and Conditions – Click HERE.

Your information will subscribe you to Pink Fortitude's newsletter. Data submitted by this form will be used by Pink Fortitude and no one else. You can unsubscribe at any time. View our full Privacy Policy. 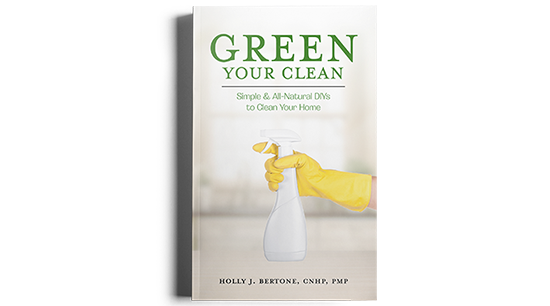 Hey Wellness Warrior!
It's time to Green Your Clean!

Receive your FREE eBook + bundle to launch you into the
life of abundant health + fortitude!

Your information will subscribe you to Pink Fortitude's newsletter. Data submitted by this form will be used by Pink Fortitude and no one else. You can unsubscribe at any time. View our full Privacy Policy.

You have Successfully Subscribed!